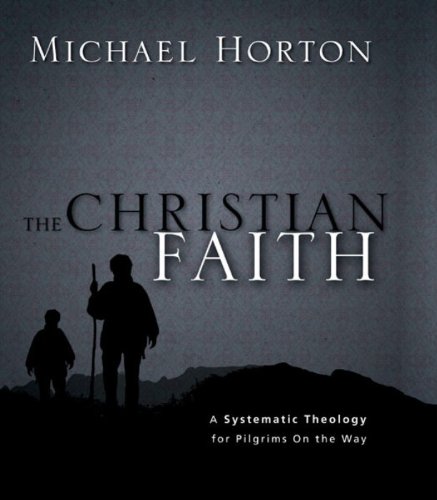 There are several different biblical reasons why Reformed churches baptize both infants and adults.  Louis Berkhof, Francis Turretin, Charles Hodge, John Calvin, and others have pointed out the various biblical reasons why Reformed churches baptize infants as well as adults.  There’s obviously more to the discussion, but I appreciate how Michael Horton put it:

From a covenantal perspective, it is impossible to separate the claim that the children of believers are holy (1 Cor 7:14) from the sign and seal of the covenant.  According to the traditional Anabaptist/Baptist view, the children are not regarded as holy until they personally repent and believe.  However, the New Testament preserves the clean/unclean distinction, only now it pertains not to Jew and Gentile, circumcised and uncircumcised, but to believing and unbelieving families, with baptism as the covenant’s ratification.  In fact, Paul especially labors the point that all, Jew and Gentile, circumcised and uncircumcised, are Abraham’s children and heirs of the Abrahamic covenant through faith alone, just like Abraham (Rom 4:3 with Gen. 15:6, Gal. 3-4).  The church, in its unity of Jew and Gentile in Christ, is understood as the fulfillment of Israel’s existence (Mt 21:43; Rom 9:25-26, 2 Cor 6:16, Titus 2:14; 1 Pet 2:9, Gal 6:16; Rev. 5:9).  Everything turns on whether we assume continuity or discontinuity as most fundamental to interpreting the relationship between the Old and New Testaments. Given the way that the New Testament itself interprets the Old, we should privilege continuity.

If this is the case, then the burden of proof shifts from the paedobaptists (i.e., infant baptizers) to Baptists.  Given the Jewish background of the first Christians, it would not be the command to administer the sign and seal of the covenant to their children that would have been surprising, but the command to cease administering it to them.  However, we are not left to an argument from silence.  This promise for believers and their children is exhibited in the conversion and baptism of Lydia.  After she believed the gospel, ‘she was baptized, and her household as well’ (Acts 16:15).  Later in the same chapter, we read of the conversion of the Philippian jailer.  He too is told, ‘Believe in the Lord Jesus, and you will be saved, you and your household…and he was baptized at once, he and all his family’ (vv 31, 33).  Paul recalls having baptized the household of Stephanas (1 Cor. 1:16).  If children are included in the covenant of grace under its Old Testament administration, surely they are not excluded in the new covenant administration, which the writer to the Hebrews calls ‘better’ than the old (Heb. 7:22).

Again, there’s more to the discussion, but I appreciate Horton’s words on the continuity between the Old and New Covenants.  It’s also helpful to realize that infants had been included in the covenant for around twenty centuries before the apostles’ lived.  If infants are no longer part of the covenant community in the New Testament era, one would expect a very clear command to now exclude children of believers.  Instead, in the New Testament we’re told that children of believers are “holy” (set apart) and that the promise belongs to them as well as their parents (1 Cor 7:14; Acts 2:39).  Paul tells children to obey their parents in the Lord (Eph. 6:1).  Jesus himself welcomed little children, blessed them, prayed over them, and said, the kingdom of God belongs to such as these (Lk. 18:16 NASB).  Therefore, “why should the church refuse to welcome into her arms those whom Christ received into his?” (Francis Turretin).

The above quotes are found in Michael Horton, Christian Theology, p. 795-6.  Emphasis his.

6 thoughts on “Why Do Reformed Churches Baptize Infants? (Horton)”