Here’s an excellent devotional thought for today. It’s from one of my favorites: Knowing God by J. I. Packer.

What is the purpose of grace? Primarily, to restore man’s relationship with God. …Grace is God drawing sinners closer and closer to Himself.

How does God in grace prosecute this purpose? Not by shielding us from assault by the world, the flesh, and the devil, nor by protecting us from burdensome and frustrating circumstances, nor yet by shielding us from troubles created by our own temperament and psychology; but rather by exposing us to all these things, so as to overwhelm us with a sense of our own inadequacy, and to drive us to cling to Him more closely.

This is the ultimate reason, from our standpoint, why God fills our lives with troubles and perplexities of one sort and another—it is to ensure that we shall learn to hold Him fast. The reason why the Bible spends so much of its time reiterating that God is a strong rock, a firm defense, and a sure refuge and help for the weak is that God spends so much of his time showing us that we are weak, both mentally and morally, and dare not trust ourselves to find or follow the right road. When we walk along a clear road feeling fine, and someone takes our arm to help us, likely we would impatiently shake him off; but when we are caught in rough country in the dark, with a storm brewing and our strength spent, and someone takes our arm to help us, we would thankfully lean on him. And God wants us to feel that our way through life is rough and perplexing, so that we may learn thankfully to lean on Him. Therefore He takes steps to drive us out of self-confidence to trust in Himself — in the classic scriptural phrase for the secret of the godly man’s life — to “wait on the Lord.”

I always appreciate Ravi Zacharias’ lectures and books. He always spoke and wrote with such love and concern for people and it was balanced well with presenting the truths of the Christian faith in an “apologetic” way (as in defending the faith). Here’s a section I was reading today from his book, The Logic of God. It’s about faith, reason, the resurrection, and evidences:

I will repeat what I’ve said before: God has put enough into the world to make faith in Him a most reasonable thing. But He has left enough out to make it impossible to live by sheer reason or observation alone. You will recall, for example, that the resurrection of Jesus caught even the disciples by surprise. They did not believe at first that Jesus had risen from the dead. Their understanding of reality was foundationally challenged. All of life and destiny would now have to be reinterpreted. They thought that perhaps Jesus’ resurrection was some fanciful story conjured up by hallucinating people. Their entire hope in Him was politically based – that Jesus would overthrow Rome. But a political victory would have been only a superficial solution, for Jesus came to open the eyes of the blind and to transform hearts and minds. I wonder whether multiple evidences that Jesus had risen from the dead would make any difference to modern-day atheists, or would they be tossed away…?

You see, the problem with evidence is that it is very much limited to the moment and creates the demand for repeated intervention of some sort. I have seen this in my own life over and over. Today it may be a failing business that is in need of God’s intervention. Tomorrow I may want to be healed from cancer. The day after that, I may even want a loved one to be brought back from the dead. There is an insatiable hunger for the constancy of the miracle.

The gospel is true and beautiful and has enough of the miracle to ground it in sufficient reason. But it is also sometimes a hard road becaue of the intertwining of reason and faith. When we come to those places in the road where we long for another ‘proof,’ I pray that we might know that rising beyond reason (to be sure, not violating it) is the constancy of trust in God, and we might sense His presence, for that is really the greater miracle within us. Only through exercising that trust can the moment be accepted and understood as a small portion of a bigger story…. 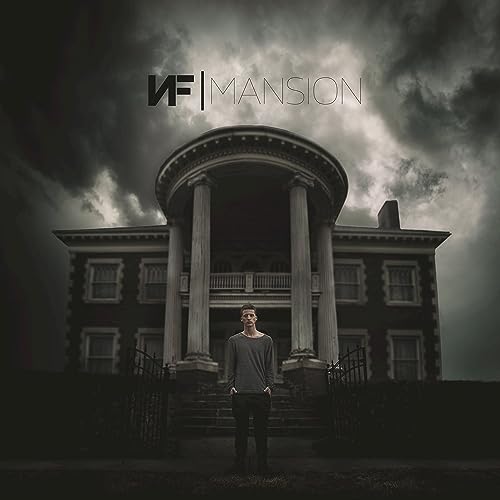 I realize that rap or hip-hop is not everyone’s favorite music genre or style. And, of course, some rap and hip-hop songs are explicit, downright filthy, and not for Christian ears.  But I really enjoy this style of music when it steers clear of the filth and explicit themes.  Unlike some other music, rap/hip-hop can say so much with just a few phrases.  In good rap and hip hop, there are typically no wasted words or lines.  Good rap is often deep and thoughtful.  It makes me think hard and it gets to my heart.  (It’s just the opposite of those annoying pop choruses that drive us crazy when they get stuck on ‘repeat’ in our heads!)

One of my favorite rap artists is NF (Nathan Feuerstein).  NF has a handful of albums out which are all full of high-quality music and intense, profound, and moving lyrics.  (As a side, I let my teenage sons listen to NF, and they really enjoy it.)  For this edition of “Music Monday” I’d like to point out one of my favorite songs by NF: “I’ll Keep On.”  This song is found on his album called Mansion.  Notice the honesty, the confession of weakness and sin, and the Augustinian theme that our hearts are restless until they find rest in God.

…Faith is something I am not accustomed to
And trusting other people’s something I don’t really love to do
I’ve never been a fan of it, I act tougher
Really my shoulders they ain’t built for this
And I don’t have nothing

It’s like I’m standing in the rain and you offer me a raincoat
But I would rather stand there and get wet than take the handout
What’s wrong with me? You said you’ve always got your hands out
And I cannot continue on my own, so take my hands now

I give you everything, God, not just a little bit
Take it from me, I am nothing but a hypocrite
I hate sin, but I built a house and I still live in it
Afraid to open up the door to You and let You into it
My soul is lost and what it needs is Your direction
I know, I’ve told You I do not need Your protection
But I lied to You, this thing is tiring
And man was not created for it,
God, please retire me now!

Trust is something I am not accustomed to
And I know the Bible says that I should always trust in You
But, I don’t ever read that book enough
And when I have a question I don’t take the time to look it up
Or pick it up
It collects dust on my nightstand
I’m just being honest
Please take this out of my hands
I have no control – I am just a person

But thank the Lord that I serve a God who’s perfect
I do not deserve the opportunity You’ve given me
I never knew what freedom was until I learned what prison means
I am not ashamed, I don’t care if they remember me
My life will always have a hole if You are not the centerpiece
Take me out of bondage, take all of my pride
If I don’t have a Savior, I don’t have nothing inside
Take all of my lust, take all of my lies
There’s no better feeling than when I look in the sky, in Your eyes,
it’s amazing!

Once upon a time, in a Reformed church, a visiting pastor used the phrase “receive Christ” in a sermon.  Some people afterwards said the man was Arminian because he used the phrase in a positive way.  On a similar note, I’ve heard Calvinists explain that we can’t use the term “accept Jesus” because it’s an Arminian phrase.

Now, I’m not an Arminian, but I think it is perfectly fine to use those phrases in the right context.  We can affirm total depravity, bondage of the will, irresistible grace, and also use the above phrases (accept/receive Christ) in a biblical and Reformed way.  Scripture doesn’t use those exact phrases, but it does use that kind of language.

For example, God’s people are called to “accept” the words of God’s wisdom and instruction as well as his discipline (Prov. 4:10, 19:20, Zeph. 3:7).  Jesus says that those who “accept” the word will bear fruit (Mk 4:20).  Unbelievers do not “accept” the things of God’s Spirit (1 Cor. 2:14).  This is why the Westminster Confession says that the principle acts of saving faith include “accepting” Christ alone for justification, sanctification, and eternal life (WCF 14.2).  Used in the correct Biblical and confessional way, it isn’t Arminian to talk about accepting Christ and his benefits.

What about receiving Christ?  The Westminster Confession also says that a principle act of saving faith includes “receiving” Christ alone for justification, sanctification, and eternal life (WCF 14.2).  The Confession gets this language from Scripture.  For example, in John 1:11-12 we learn that some people did not “receive” Christ, but those who did “receive” him (that is, who believed in his name), he gave the right to become God’s children.  James talks about “receiving” the word with meekness (James 1:21).  Abraham “received” God’s promises (Heb. 11) and the Thessalonian Christians “received” the word as God’s word, not man’s (1 Thes. 2:13; cf. 1:6).  Paul said that just as we have “received” Christ Jesus the Lord, we should also walk in him (Col. 2:6).

In summary, while the above phrases might sometimes be used in an Arminian way that emphasizes free will and rejects the bondage of sin and irresistible grace, it is also possible to use these phrases in a biblical and Reformed way – those terms are confessional!  We don’t want to reject Arminianism to the extent that we go too far the other way into hyper-Calvnism!  Again, here’s the section of the Westminster Confession I quoted above:

“The principle acts of saving faith are accepting, receiving, and resting upon Christ alone for justification, sanctification, and eternal life, by virtue of the covenant of grace.”  WCF 14.2