The unrenewed man’s affections are wholly disordered and distempered: they are as the unruly horse, that either will not receive, or violently runs away with, the rider. So man’s heart naturally is a mother of abominations (Mark 7:21, 22): “For from within, out of the heart of men, proceed evil thoughts, adulteries, fornications, murders, thefts, covetousness,” etc. The natural man’s affections are wretchedly misplaced; he is a spiritual monster. His heart is, where his feet should be, fixed on the earth; his heels are lifted up against heaven, which his heart should be set on (Acts 9:5). His face is towards hell, his back towards heaven; and therefore God calls to him to turn. He loves what he should hate, and hates what he should love; joys in what he ought to mourn for, and mourns for what he should rejoice in; glories in his shame, and is ashamed of his glory; abhors what he should desire, and desires what he should abhor (Prov. 2:13–15).

They hit the point indeed, as Caiaphas did in another case, who cried out against the apostles, as men that turned the world upside down (Acts 17:6), for that is the work which the gospel has to do in the world, where sin has put all things so out of order, that heaven lies under, and earth on top. If the unrenewed man’s affections be set on lawful objects, then they are either excessive or defective. Lawful enjoyments of the world have sometimes too little, but mostly too much of them….

Now, here is a threefold cord against heaven and holiness, not easily to be broken; a blind mind, a perverse will, and disorderly distempered affections. The mind, swelled with self-conceit, says, the man should not stoop; the will, opposite to the will of God, says, he will not; and the corrupt affections, rising against the Lord, in defence of the corrupt will, say, he shall not. Thus the poor creature stands out against God and goodness, till a day of power comes, in which he is made a new creature.

Thomas Boston, The Whole Works of Thomas Boston: Human Nature in Its Fourfold State and a View of the Covenant of Grace, ed. Samuel M‘Millan, vol. 8 (Aberdeen: George and Robert King, 1850), 80–81.

“Why do I keep struggling with the same sinful thoughts?”  “Why can’t I just gain victory over lust and pride?”  “Why in the world does God allow sin to remain in his people?”  These are questions Christians ask from time to time.  We think of how nice it would be if we didn’t have to struggle with sinful thoughts, words, and deeds.  But, in his sovereignty, God has a reason for allowing sin to remain in his children.  Thomas Boston (d. 1732) gave some helpful answers to the question of why God allows sin to dwell in his elect while on earth.  Here are some of Boston’s answers (which I’ve edited and summarized):

After noting these seven points, Boston wrote, “To see how God makes such an excellent medicine of such poisonous ingredients cannot be but very delightful.”  The struggle against indwelling sin is difficult for sure.  But when we remember God’s sovereign use of indwelling sin in his people for their good and his glory, it helps us press on in the faith with our eyes fixed on Jesus.  He will one day graciously give us the full victory over sin.

Near the end of the treatise, Boston wrote this:

“Finally, to summarize all; it is plain, that the more difficulties the work of man’s salvation is carried through, the free grace of God is the more exalted; our Lord Jesus, the author of eternal salvation, hath the greater glory: but in this way it is carried on over the belly of more difficulties, than it would have been, if by the first grace the Christian had been made perfect.” 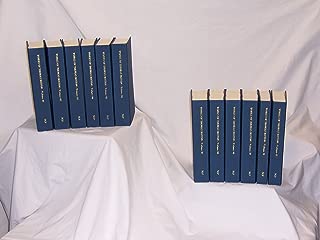 Although many people mock the truth of hell’s existence, some people struggle with the fear of hell.  Some people are afraid of spending eternity facing a punishment in a place where there is forever weeping and gnashing of teeth.  It’s hard to think about suffering God’s eternal wrath against sin.  On this topic,  Thomas Boston does a great job explaining how the resurrection of Christ can drive away the fear of hell and give a great and joyful hope of heaven:

Hell is a fountain of fears. Sometimes the godly are above, sometimes under the fears of hell. It is terrible, the thought of being excluded forever the presence of God! “Who can abide with everlasting burnings?” When we look down to the pit, it seems hard to escape it; when we look up to heaven, our souls faint, lest we never get there.

But fear not: for Christ died; and if so, he suffered the torments you should have suffered in hell, as to the essentials of them. He was under the punishment of loss; God forsook him, Psalm 22:1. He endured the punishment of sense, even to drops of blood, and the wrath of God poured into his soul. Then God will not require two payments for one debt. Christ lives, he rose, and entered heaven as a public person; and therefore, believer, you shall as surely go to heaven as if you were there already, yea, the apostle says we are there already. Eph. 2:6, “We are raised up together, and made to sit together in heavenly places in Christ Jesus,” as our Head. Jesus lives forevermore; and therefore you shall be forever with the Lord.

“He has the keys of hell and death.” Suppose your father or best friend on earth had these keys, would you be afraid? But we may have more confidence in Jesus than in ten thousand fathers or even the mothers that gave birth to us. They may forsake us, and a mother may be found that will not have compassion on the son of her womb; but, O believer, Jesus has said, “I will not forget you,” Isa. 49:15, 16, “Can a woman forget her sucking child, that she should not have compassion on the son of her womb? yea, they may forget, yet I will not forget you. Behold, I have carved you upon the palms of my hand, you walls are continually before me.” Though Satan be the jailor of hell, yet he keeps not the keys; they hang, believer, at the belt of your best friend.

There are many texts and stories in the Bible which tell us that the Christian life is sometimes a kind of labor or toil.  For example, the young Thessalonian church was known for its toil of love (1 Thes. 1:3).  Paul has to remind the Corinthian church that their labor was not in vain (1 Cor. 15:58). Paul and his missionary team labored and toiled day and night (1 Thes. 2:9).  The Christian preaching and teaching that elders do is called “labor.” (1 Tim. 5:17). And so on.

Following Jesus isn’t always easy.  It’s hard to do the right thing when no one else is doing it.  Sometimes when we have a tough choice to make and want to please the Lord we find it difficult to know the way forward.  And sometimes loving people as the Bible calls us to do is toilsome.  But, in a word, it’s totally worth it!  Like Paul said, our labor is not in vain!  I appreciate how Thomas Boston wrote about this in a sermon on Matthew 11:28 (“Come to me, all you who are weary and burdened, and I will give you rest” NIV):

(1.) If it is hard labor, it is worth the pains, the other kind of labor is not so, for, Prov. 2:4, 5, “If thou seekest her as silver, and searchest for her as hid treasures, then shalt thou understand the fear of the Lord, and find the knowledge of God.” There is hard labor in digging stones, as well as in digging for gold; nay, it is hard labor digging disappointments, that which is not; whereas the gain of the other is precious and certain. 1. The promise, Prov. 8:21, “That I may cause those that love me to inherit substance, and I will fill their treasures.” 2. The experience of all the laborers confirms the certainty of it: “I (God) said not unto the seed of Jacob, Seek ye my face in vain.”

(2.) If it is hard labor, it is short; if the work is sore, yet it is not overly long. You shall soon rest from your labors: Rev. 14:13. He that is tired with his journey, his spirits will revive when near the end. The shadow of the evening makes the laborer work heartily, for free-time is at hand. The trials, afflictions, weeping, etc. of the saints, endure but for a moment. On the other hand, the labor of other persons knows no end; no rest abides them, but an everlasting toil under wrath that never ends.

In 2 Corinthians 12:10, Paul wrote this seemingly paradoxical phrase that many of us know well: “…That’s why I take pleasure in my weaknesses, and in the insults, hardships, persecutions, and troubles that I suffer for Christ. For when I am weak, then I am strong” (NLT).  How could Paul take pleasure in suffering?  How could he be weak and strong at the same time?

The apostle in the text, tells us one of the great mysteries of the Christian life, and that is meat out of the eater: “I take pleasure,” says he, “in infirmities, in reproaches, in necessities, in persecutions, in distresses, for Christ’s sake.”

Christianity teaches not a Stoical apathy, no man is more sensible of the weight of his burden than a Christian; yet he can not only bear a heavy burden patiently, (which I believe is a mystery to many of us), but he even finds a pleasure in a burden he is not able to stand under. After sense has considered a trial, gone out and in through it, and found nothing but bitterness, faith can discover a great deal of sweetness in it. The Christian well exercised, may get some glorious sights in his trials and temptations, that afford a refined pleasure….