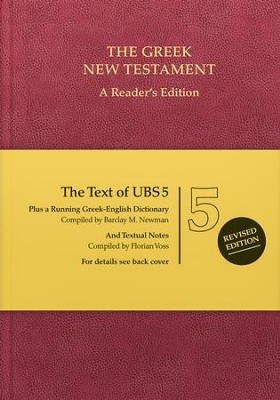 I’ve had my Greek New Testament (UBS 4th Revised Edition) since 2004 when I was in seminary.  It’s been my main NT Greek Bible ever since.  Although I had to tape the spine, it’s held together pretty well. I typically try to keep the same Bibles as long as possible, but recently I purchased the 5th Revised Edition of the UBS Greek New Testament – reader’s edition.  I’ll still use my older Greek Bible for sure, but I like this updated reader’s edition a lot and I see myself using it quite a bit.

Here are a few pictures in case you’re interested (apologies if the formatting is crazy): 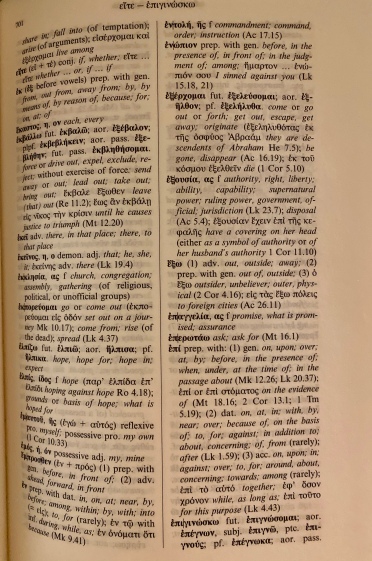 All in all, I very much recommend this Greek NT – Reader’s Edition (UBS 5 – Revised Edition).  It’s reasonably priced (under $40 right now) and is a great tool for Greek students.  The use of this Greek NT will certainly help people learn how to better read the NT in the original language.  Five stars for sure!