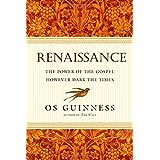 Evangelicalism abounds with catchy phrases and statements that come and go.  Some of them are clearly unbiblical, while others seem OK at first glance.  One current phrase is “Jesus plus nothing.”  While it sounds good on the surface, there are quite a few good reasons why we should avoid this phrase (or explain it well when using it).  Os Guinness does a great job exposing the weaknesses of the phrase “Jesus plus nothing.”  He argues that this phrase actually dishonors Jesus and should not be used.  Here are his six reasons why this phrase is lacking and unhelpful.  (I’ve edited them slightly for the sake of space.)

First, a literal interpretation of the maxim is overly simplistic.  John Owen gave an equally faithful though less wooden interpretation.  He quoted Paul’s words, ‘I have determined to know nothing but Jesus Christ and him crucified.’  But then he added: ‘At least with nothing that could divert my attention  from that subject.’  Paul himself went on to speak of other things he also knew, such as the details of divisions in the Corinthian church and the facts of their sexual promiscuity (just to name a few).

Third, the fact is that many who brandish this formula tend to teach only those parts of the teaching of Jesus that fit in with their own ideas.  Like the many faulty ‘Jesuses’ of Protestant liberalism, their teaching is a reflection of their own prejudices.  Today’s ‘Jesus plus nothing’ had its forerunners in such maxims as ‘the fatherhood of God and the brotherhood of man.’  While sounding good, these formulae were not biblical and their effect was baneful.

Fourth, genuine seekers who are not simplistic and are searching for adequate answers will often conclude that those who have no interest in wider questions will have no answers to the meaning of life.  They therefore will walk away from the presumed childishness of the Christian faith.  [In other words, this phrase might be a hindrance in evangelism.]

Fifth, it was Jesus who was concerned with far more than himself, so to be faithful to him is to scrap the slogan, however well meaning.  Jesus raised questions of the Christian relationship to culture (e.g. ‘render to Caesar what is Caesar’s’; or when he prays for his followers to remain ‘in’ the world but not ‘of ‘ it).  As his full teaching makes clear and the rest of the New Testament amplifies, ‘worldliness’ and its opposite, ‘otherworldliness,’ are the two extremes that Christians are called to avoid, and the challenge is to follow him in the more faithful and far more demanding position in between.

Finally, the sad fact is that talk of ‘Jesus plus nothing’ usually ends in holding to a form of Christian faith that is ‘Jesus minus something.’  Most often it represents a faith with an inadequate grasp of truth or too little theology and thought, or a faith that is ‘all Jesus’ but no God the Father and no proper place for the Holy Spirit.  With some who espouse this maxim, it has become a significant source of syncretism and unfaithfulness in the wider church.

I think Guinness makes some great points – points which could be applied to other such phrases and slogans.  These are good reminders for us to be careful when using Christian cliches and slogans.

The above quotes are found in the beginning of chapter three in Guinness’ book, Renaissance.

10 comments on “Does “Jesus Plus Nothing” Mean “Jesus Minus Something?””