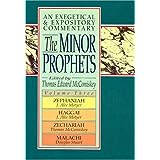 “…For I hate divorce….’  These words in Malachi 2:16 are known (but not always lived out!) by many evangelicals.  It should be noted, however, that this translation isn’t accepted by nearly all commentators or Bible translations (i.e. Luther, the Septuagint, the ESV, etc).  One issue is that the Hebrew verb (hate/sanah) is 3rd person masculine singular – “he hates” or “he that hates”; another issue is that there is a conjunction before the verb “hate” that could be translated “if” or “for”; still one more issue is the teaching in Deuteronomy 24 and Ezra 9, where God actually allowed divorces and divorce certificates for certain reasons.  Because of these and other translation issues, we should pause before accepting the above translation (…For I hate divorce…).

Though I’m still working through this text and it’s meaning/application, I appreciate what Douglas Stuart has to say about it (building on Gordon Hugenberger’s work Marriage As A Covenant).  I don’t have the space and time here to reproduce his entire argument, but below are a few helpful summary notes and quotes.

Stuart’s translation is this: “If one hates and divorces” – Yahweh, Israel’s God said – “he covers his clothes with crime” – Yahweh of the Armies said.  Stuart argues that this translation 1) doesn’t require emendation of the Hebrew verb, 2) fits the immediate context, and 3) is consistent with the divorce teaching of Deuteronomy 24 and Ezra 9.

“For those who would recognize the over dependence of the prophets on the Pentateuch and of Malachi specifically on Deuteronomy, it is entirely reasonable to expect that Malachi would be careful in the process of condemning what his contemporaries were doing – divorcing their first wives to marry pagans – not to state that all divorce was illegal.

“…Through [Malachi] came the revelation of God in consistency with all prior divine revelation, some of which regulated – but did not license – divorce.  Moses and Malachi come at the issue of divorce from different angles.  Moses allows it under certain conditions.  Malachi condemns it except under certain conditions.  But inasmuch as these conditions appear to be identical, employing even the same essential vocabulary in definition of the actions involved, their respective doctrines are compatible.”

In summary, Stuart argues that Malachi 2:16 “prohibits aversion-based divorce but is not concerned with divorce for other reasons.”  Without making any interpretive remarks, I think Stuart’s argument is compelling.  You’ll have to get his helpful commentary found in Thomas McComiskey’s edited set on the Minor Prophets to read Stuart’s entire argument.  (And congrats if you can find it for a decent price!)

UPDATE: The WTS bookstore has this commentary series – in one single volume – for well under $100.