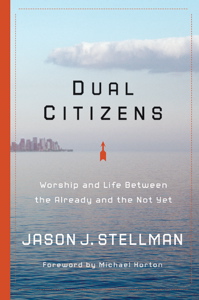 Jason Stellman, in noting that most evangelicals prefer all things private and inner to most things public and organized, comments on the ideal-piety that is proposed in most churches:

Deep within the hidden recesses of each one of us lives a gnostic waiting for an excuse to come out and reveal himself.  Just as the Gnostics of old sought to discover knowledge of the divine through direct experience, our latent gnosticism is seen in such sentiments as our deep-seated suspicion of all forms of piety or spirituality that are corporate and institutional rather than individual and spiritual (which, we are told, are more “authentic”).  To put the matter more simply, churchly forms of devotion such as participation in public worship, hearing the preached Word, and receiving the bread and the cup are thought to be inferior to more individualistic expressions such as morning quiet times and personal Bible study.

While staunch conservatism compels culture-warriors to insist that homosexuals remain in the closet concerning their love for their earthly partners, staunch liberalism on the part of worship-warriors encourages the same for those who would express their love for their heavenly Partner.  I say this because it is a relatively recent development in the history of the Christian church to throw off the “shackles” of traditional expressions of devotion (such as going to church) and retreat to our “prayer closets” in order to get the job done.

Dual Citizens: Worship and Life Between the Already and the Not Yet, pgs. 75-76

Stellman nails it when he notes that inner is said (by most evangelicals) to be more “authentic.”  Citing Darryl Hart’s Recovering Mother Kirk, he notes the odd fact that while Jews and Catholics are generally described as “observant” or “non-observant,” Protestants tend to be described as “true, genuine Christians” or “formal, dead Christians” (Dual Citizens, pg. 80).

I just can’t share enough of these great quotes.  Stellman is nailing it to the wall right now.  I just can’t put this book down!

1 thought on “Christians Should Come Out of the Closet: I.e., They Should Go to Church!”